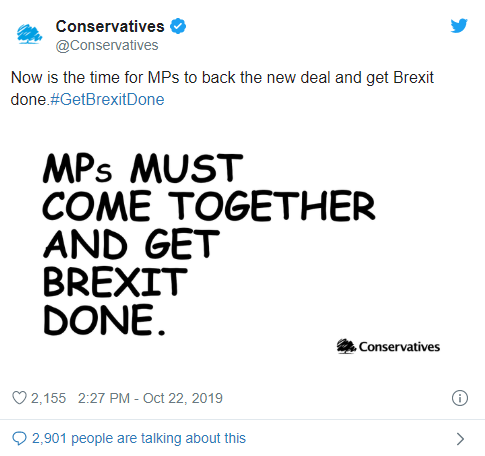 It might sound like a 90s chart topper – but it’s got us more excited than the return of Boyzone. Bing have followed Google’s suit (albeit almost six months later), having announced their Bingbot will be evergreen and will run JavaScript, now based on Chromium, the open source browser behind Google’s Chrome – essentially allowing for less fragmentation and easier SEO for web developers.

In May, Google announced that their Googlebot had been upgraded and would be running on the latest version of Chrome, allowing it to access and crawl more content faster and more effectively, thus making the lives of SEO experts much easier. That was all very well for our Chrome audience – but what about those pesky people still using Bing? Well, finally, the browser has caught up. We can all breath a sigh of relief.

Now is the time for MPs to back the new deal and get Brexit done.#GetBrexitDone pic.twitter.com/JuqaOVdlMC

Not only do the Government understand SEO, they now understand social media strategy and how to execute an effective campaign. Last week they sent out yet another #GetBrexitDone tweet – this one with a difference. This time it not only inspired MPs to come together, but touched the nation’s heart and fondness for the font Comic Sans. Guess what? It went vital within minutes. Those with taste – sorry, an eye for design – shared and re-shared with disgust until the tweet reached over 2,000 Likes and almost 500 RTs within 24 hours. On top of that, it prompted thousands of accounts urging people not to entertain this blatant and transparent attempt to spark another trending topic. That font wasn’t chosen carelessly. Much like Katie Hopkins and Piers Morgan, it’s best to not give them the limelight they’re looking for.

Steven Bartlett gets it right. Again. 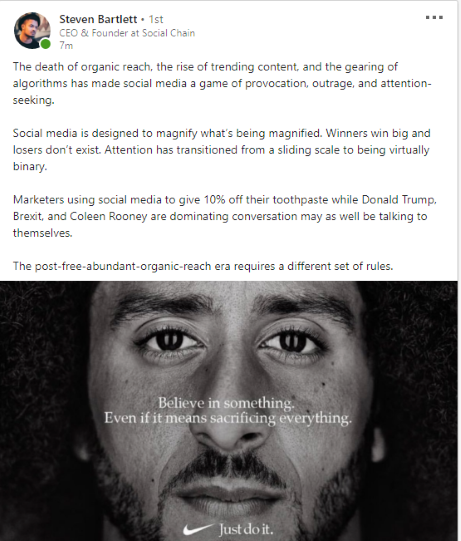 We’re a big fan of Steven Bartlett here, and he’s hit the nail on the head with this piece on LinkedIn. As organic reach drops, and it’s becoming harder to be seen by your audience without paying for advertising, are we having to become more controversial? Authenticity is the key for social media, and it’s something that your audience will engage with, understand and appreciate – but when you’re battling with algorithms it can be tempting to try other methods to dominate the conversation. Was it always this way, or has social media magnified our means of communication? Honest marketers are being shouted down by contentious content – how do we stay ethical and authentic?

Mobile conversions are rising but desktop is worth more

John Lincoln shared some really interesting data on mobile and desktop conversion rates. Between 2018 and 2019, mobile conversion grew from 39% to 49% – however desktop conversions grew 60% and brought higher quality traffic that was worth 93% more than mobile traffic. So can we takeaway from this that customers are researching on mobile, then when it comes to spending their money they’re sitting down at their laptops to make their purchases? Either way, we need to make sure both sides of the coin are fully optimised for the customer’s buying journey, and that this is seamless. You can find out more about CRO (Conversion Rate Optimisation) here.

In case you’ve missed what we’ve been talking about this month:

Coming up in November

We’re hosting a Charity Quiz Night on 26 November! Although all of our teams registered within a week (!) we’re looking for prizes to raffle off to our guests. If you can help please get in touch! Either by email at events@searchseven.co.uk or drop us a message on Twitter at @SearchSeven. Thanks to everyone who has donated already, we really appreciate it.