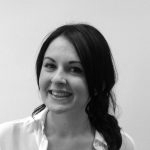 It’s been great working with Search Seven over the last 4 years. Their work has helped us increase the reach and impact of our digital channels and they are always on top of the latest developments and upcoming trends.

Avert are an HIV and AIDS charity whose vision is a world with no new HIV infections, and where those living with HIV and AIDS do so with equality and the support they need.

Their mission is to ensure widespread knowledge and understanding of HIV and AIDS, in order to reduce infections and improve the lives of those affected.

Avert first approached Search Seven about SEO in 2015, prior to the launch of their new website where they wanted help to minimise any potential traffic loss during the migration process.

They also had a Google Ad Grants account which was being managed internally. They felt a review and subsequent management of the account would be more efficient at driving relevant traffic to their new website.

We were closely involved in the early stages of the new Avert site design and advised on SEO best practice and a strategy for migrating the site and minimising potential traffic loss.

Whilst some traffic loss was unavoidable due to content being removed, this resulted in a much more engaged audience. We also explored other avenues for building upon existing traffic such as becoming a Google News Publisher and launching Accelerated Mobile Pages (AMP).

Site content updates were also frequently supported with analysis into search behaviour which has helped to grow organic traffic and shed light on people’s concerns regarding HIV and AIDS.

Alongside this work we also analysed the existing Google Ads account and put together a new PPC strategy. This led to a complete rebuild of the account, with a full restructure and keyword refinement based upon our research into search behaviour.

Together, with more granular ad groups and highly relevant ads, we quickly improved performance and qualified for Google Grants Pro, thereby increasing the monthly budget to $40k per month.

This allowed us to expand the reach globally, launching campaigns in high-risk areas such as Sub-Saharan Africa and India, and providing them with the knowledge they need on HIV and AIDS.

Outside of Google Grants we have also launched campaigns on YouTube, Facebook and Instagram, promoting Avert to a young and engaged audience, whilst LinkedIn has allowed us to reach professionals working on the frontline in Sub-Saharan Africa and providing them with additional resources.