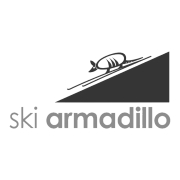 Search Seven are great to work with and their strategies for improving online visibility in a cost effective manner have been carefully tracked and have worked extremely well.

Having been established in Verbier since 2001, Ski Armadillo know the resort better than anyone else, and offer some of the most luxurious ski chalets. Although unique in their own way, each of their fabulous catered chalets represents excellent value for money, combining luxury with those all-important home comforts.

Being in a competitive market it was vital their PPC marketing budget stretched as far as possible, this meant not only reducing the CPA, but also increasing visibility in core markets around the world.

When taking over Ski Armadillo’s PPC account our immediate priority was identifying under-performing keyword areas, this quickly allowed us to reallocate budget into new areas which were identified from our strategic research into search behaviour. All ad messaging was also revised to reflect seasonal trends, whilst ad extensions were implemented to stress their promotional deals and USPs which further helped increase the conversion rate.

Once we were happy with the improvements in performance seen from these changes we then looked into further expansion. This saw us roll out campaigns internationally, as well as expand onto other search engines which were less competitive.

However, being a very seasonal business it was important our PPC strategy reflected this, so out of season when search volume declined we placed more emphasis on display, running both remarketing campaigns to re-engage with previous site visitors as well as Facebook campaigns to promote their early booking deals for the following ski season.

Since working with Ski Armadillo we have seen tremendous improvements, including…