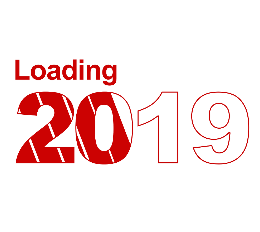 Google AdWords became Google Ads, the rise of Amazon and new bidding strategies: these were just some of the innovations that came about in the world of PPC in 2018.

2019 promises to continue some of these trends, with new ones sure to emerge. But what should we be looking out for next year?

Audiences in search campaigns – the decline of keywords?

Since in-market audiences became available on the search network, Google has looked to increase the importance of using additional sources of data in search campaigns. Similar audiences followed suit, and it remains to be seen what other audience types could be added in or even created.

This leaves a question mark hanging over the keyword. While keywords are still very much the driving force of a search campaign, their need may lessen. The deterioration of exact match, in which it isn’t so exact anymore, could be indicative of how Google sees the keyword going.

Continued use of automation

The most recent example of a new automated bidding strategy is the ‘Target impression share’ in which Google takes it into its own hands to increase your bids to increase the ad’s chances of appearing in the SERP. Automation has been a trend for a while, but the rapid increase this year doesn’t look to be stopping anytime soon.

Despite Google trying to do much of the work for you, there is still someone behind the operations conducting the optimisation and analysis of this automation.

Those actively managing PPC campaigns need to adapt their skill set to become as adept in implementation as they are in interpretation – especially in how to utilise the data into a cross-platform strategy.

Shortly after Google launched with an additional headline and description line in a search ad, Bing soon followed suit. Google then released the responsive search which looks here to stay, and it’s surely only a matter of time before Bing does the same.

LinkedIn expanded its ad formats and paid social will need to keep innovating to keep up with Google and continue to present itself as a viable alternative platform for direct response.