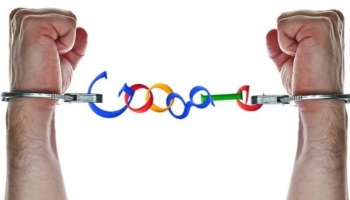 Losing your rankings within Google is never a good thing, although for flower delivery company Interflora it couldn’t have happened at a worse time – just weeks before Mother’s Day.

Having recently stopped ranking for many generic flower terms such as ‘flowers’ and ‘flower delivery’, not to mention their own brand name, all those involved were undoubtedly soiling themselves – apologies, this could be the first of many gardening puns – as a result of the penalty from Google.

But just what had they done to incur the wrath of Google? Was it an accident and only a matter of time before their rankings would return smelling of roses, or had they been involved in some shady SEO practices – in which case they’d made their bed and were now having to live with the consequences.

When news of Interflora’s misfortune broke, many within the SEO industry were scrambling to find out just what had happened. It wasn’t long until Interflora’s aggressive placing of advertorial came to light, with over 150 placed on regional news sites throughout the UK – an obvious attempt to gain ground in the run-up to Mother’s Day.

It’s no secret that Google do not approve of paid links, or links intended to manipulate search rankings. However, the penalty given to Interflora (as well as the news sites themselves) was clearly intended as a wake-up call for marketers, as a post from Google themselves soon after reaffirmed their stance on selling/buying links which is an eerie coincidence (or not).

With Google’s algorithm placing so much emphasis on links, you can hardly blame newspapers for realising their value and effectively selling them as a commodity. Newspaper sales have been falling for a while, so short of erecting paywalls on their online equivalents (as The Times did), one of the other ways of further monetising sites is to sell advertorial – and with advertisers scrambling for links, the prospect must have been appealing and seen as an easy win.

However, just because advertorial is content does not make it good content – especially in the eyes of Google.

By its very nature advertorial is commercially motivated, and Google are fine with this, although insist any links are nofollowed to prevent the passing of PageRank. Herein lies the problem, as without the value from the links the prospect of placing an advertorial is less appealing (if SEO were the main motivation) to an advertiser.

Content marketing however is creating content people actually want to read and share with friends, and which other sites will gladly publish without charging for publishing as it’s of benefit to their readers. This is what Google (and all search engines) want, and what we as content consumers should also want to see more of!

Much to the relief of Interflora (and no doubt mothers around the UK), the site has since got its rankings back, or at least most of them. The good thing about being a large brand (and made an example of), is at least when you do decide to tidy up your act Google responds fairly quickly – it would have been much more interesting to see how this would’ve panned out if it were a much smaller brand though.

This is also a great example of just how much control Google wields over businesses. Clearly Interflora bit the hand that feeds them and a slap on the wrist was not uncalled for, but preventing a brand from ranking for its own brand name is possibly a bit heavy-handed – especially when the end result could be innocent job losses.

Ultimately however, this move from Google has further sown the seed for genuine content marketing as a means of engaging with consumers and helping raise brand awareness, without running the risk of losing your rankings. Content marketing is certainly going to blossom, and it will be the publishers who weed out the rubbish and decide what’s worthy of publishing and what’s not.