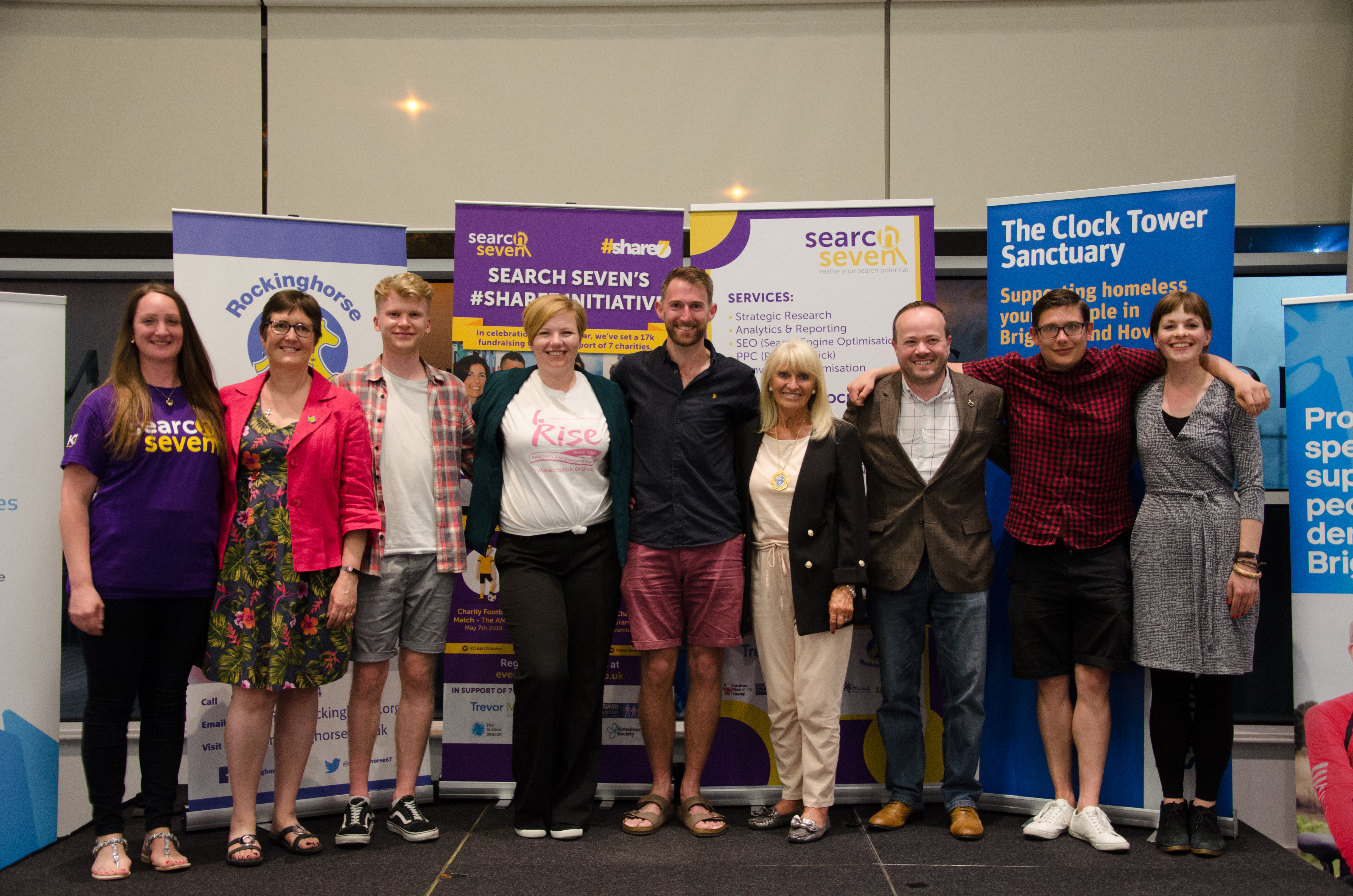 This year, the Amex stadium was host to the Search Seven XI and the Trevor Mann Baby Unit (TMBU) XI teams for the S7 Ted’s Trophy on the first May bank holiday. The event was just one of three that Search Seven are running this year as part of the #share7 charity campaign.

Gavin Willis, Managing Director, said about the event: “The #share7 campaign is our goal to raise £17k for our seven chosen charities: Rockinghorse’s TMBU, Group B Strep Support, Alzheimer’s Society, RISE, The Sussex Beacon, The Clock Tower Sanctuary and the Nkuringo Foundation, through which Search Seven sponsor a local primary school in Uganda.

I’m pleased to say that there was a great turnout from supporters, families and children alike. We really appreciated that people had made the time, especially on a bank holiday and the weather made it even more perfect.

The match itself was a really close game, with an especially tense last 20 minutes when the TMBU team were all over Search Seven. When the final whistle blew, the score was a very close 4-3 to Search Seven. The S7 Ted’s Trophy, as we call it (after my nephew Ted) was retained once again by our team this year!

The final count came in at just under £8,000, double what we made last year, before our own contribution. This is going to make a massive diﬀerence to seven really important charities.”

Search Seven have two other events, a charity golf day on the August 30th at Mid Sussex Golf Club and a quiz night at Grand Central on November 22nd. To get involved, email events@searchseven.co.uk. For any other enquiries, please feel free to call on 01273 329122 or email info@searchseven.co.uk. You can also donate on our Just Giving page.